Top 10 days for car accidents in the UK

Did you know which days of the year are the most 'popular' for car accidents? New motoring research from car insurance giants Admiral reveals when you are most likely to be in a prang.

Admiral gathered and studied insurance claim data from 2012 to December 2021. The data only includes claims for accidents and collisions, not thefts or other kinds of damage. 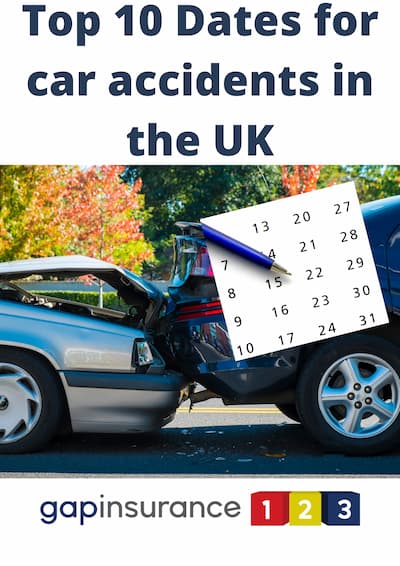 So the top 10 days for car accidents, starting with the busiest, are as follows.

Despite December providing five of the top ten most popular days for accidents, the number one spot went to January 18th. On that day you are 33% more likely to have a collision-based insurance claim than the average day of the year, according to Admiral.

So will you think about leaving your car at home on these days? Maybe not, but it may mean drivers are extra specially careful on these days to avoid becoming part of the statistics.