The new Volkswagen Polo, a vehicle that has just been added to the VW lineup. This car is a small hatchback with great fuel efficiency and tons of features that will keep you safe on the road. All you have to do is choose from one of four different options for your colour!

The new Volkswagen Polo lineup is set to get several changes from the German manufacturer. Several of the range-topping variants in the SEL, Blue GT, and GTI models will get additional standard features and fittings. As standard, rear parking sensors and cruise control will be included in the Volkswagen Polo. 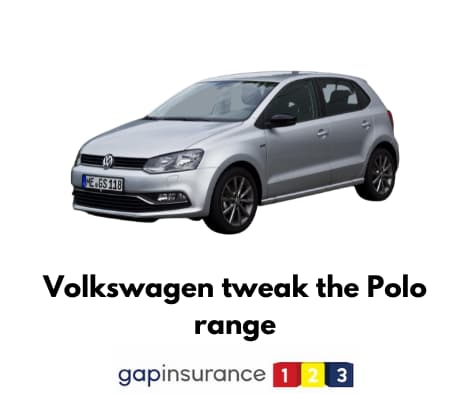 The new Polo BlueMotion models, as well as lower-level variants, will also have the features and fittings previously mentioned. The lower-priced versions, on the other hand, will not be able to bear the expense of the new features and will thus see a modest price increase on each model. For certain models, the price increase will be less than £150.

The BlueMotion versions of the Volkswagen Polo promise extra mileage from each tankful. The BlueGT model, for instance, offers a power output of 105 horsepower and a top speed of 100 mph. Both these numbers are down a bit from the regular GT models, but the fuel efficiency is much better. On the highway, this model is said to get fuel mileage of 39 mpg, while in the city, it can get you 31 mpg.

The Volkswagen Polo GTI models will be getting several changes of their own, but most of these changes will affect the higher-level versions. As standard, these versions will have a variety of alloy wheels and a sunroof with a power tilt feature. They will also get fog lights and heated side mirrors with LED turn signals.

As for the interior, you will see several additions such as auxiliary heating elements in front seat armrests, heated front seats, and a two-tone leather interior. The top-level versions can have things like Keyless Access with Push-Button Start, Climatronic premium automatic climate control system, panoramic sunroof to open the roof area of the car, an Alcantara headliner to give the interior a more luxurious feel, and a colour head-up display. The price for this top-level version is £23,205.

The New Volkswagen Polo mid-ranged model will be labelled as the R Line model and will combine the feel of sporty and youthful to the quality of drive and control. The mid-range Volkswagen Polo will aim to have a more affordable price tag and reduced insurance premiums for it to attract younger drivers with greater insurance expenses.

The R Line Polo will be based on the S trim model and will have similar features and optional extras. It will have a smaller 1.2 litre engine to again attract the youth with reduced insurance premiums, but will also have the capabilities of achieving 69 bhp. The New Polo R Line will fit into both the 5E and 8E insurance categories.

In markets such as the UK, Volkswagen has identified the need of attracting a younger type of customer, and to do that they will have to associate the model with the insurance premium cost at mind. It has been a growing issue of the youth of today not even learning how to drive or doing so and not purchasing a car, due to the simple fact of inflated insurance premium prices.